This is where you can talk to us and your fellow users about issues you're having with .. Get advice on how to solve issues, communicate things to us and help us make . better!

Forum rules
1. BEFORE REPORTING A BUG, USE THE SEARCH .!!!
Is someone reported it already, don't open a new thread! Save us time so we can invest this time in fixing this bug!
(Unless the report is very old and talks about an older .. Please don't post on old threads).

2. ANSWER THAT FOLLOWING (THE ONES THAT ARE APPLICABLE) . IN YOUR POST:
- What . # of PT are you using? On what device? What OS . is it running? ie. win 7
- Is this bug happening on everything you try to watch? Movies and TV shows?
- Can you attach a screen shot? (If it's something that can be captured).
- Is your internet . stable?
- Did you try to run . as an Administrator?
- Did you try this on another device?
- Did you try this on another internet .?
- Did you try it on wifi and cable?
**The . are just for guidance, no need to answer all of them if not applicable, but the more detail you give us regarding this issue you're having, the easier it'll be for us to reproduce it and fix it! So start spilling...
3. If the issue you're experiencing is on desktop, report it on the "everything desktop" sub-forum. If the issue you're experiencing is on mobile, please report it on the "everything mobile" sub-forum.
Post Reply
55 posts

I just wanted to double check.

How do we use the VPN mode.

Do we just check it off or do we need to go to setting on Android device and setup a VPN?

And do we have to pay for at that Russian website for the VPN service?

On my PC, it seemed to do it automatically?

Is there a difference?

*HTC ONE M8
*4.4 Cyanogen Mode 11
*. work, i can watch movie, no lag no problem
but when i try to export to my Tv with chromecast i have this message : 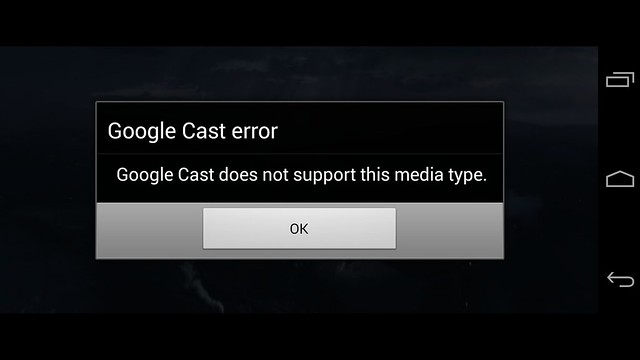 Nexus 7(2013) Android 4.4.4 Subtitles are nesses up, if I choose Portuguese appears French subtitles, can't play movies that are more than 3gb or it freezes on "loading movie" and subtitles don't work on playing on chromecast.
Top

that's as far as it gets, VPN on or off.

video starts to play, then gets pixelated and freezes, VPN on or off.


2.0 worked fine on both devices


reverting both for now until there's a fix.

Thanks for an awesome program!

The new Android beta 2.1 is not working on my smart TV box

Runs ok but the picture quality is not good, keeps stuttering and going pixelated, sound is fine, if I select one of the other streams it just sits on the loading image.

With the new . 2.1 I can come to the point "VIDEO LOADING" and NOTHING happens

after
Tried with vpn on and off and still the videos are not loaded.
What is wrong?
Downloading the old . again forces me to update to 2.1 so that . won't play too
I have been busy with this all afternoon without success.
Un-installing, reinstalling does not help.
Plz help.
Untill Wednesday, August 6 everything worked fine

Just found out (see earlier post) that . 4.2 only works with mobile data switched on, NOT with wifi.
I haven't changed any wifi settings.